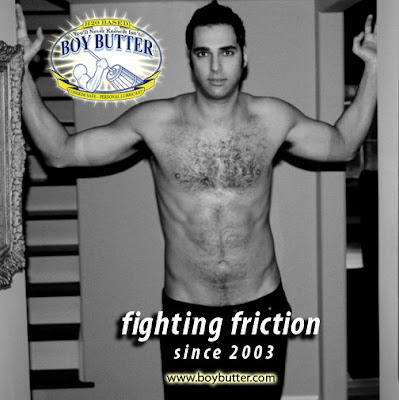 
"I created the TSA-approved tubs because I wanted people to have an easy way to carry lube wherever they travel," says Boy Butter creator Eyal Feldman (above). "Lube can be expensive, and it often comes sold in big tubes. These tubs are perfect for travel, and can fit in any carry-on bag."

At only 24 years of age, New York entrepreneur Eyal Feldman set out to create a personal male lubricant that would be as slick and long-lasting as silicon-based lubricants and clean up as easily as those that are water-based. He found his answer in a vegetable oil and silicone fusion-based product he termed Boy Butter, which became an instant hit and has steadily gained mainstream popularity, earning the brand coverage in places such as 'Saturday Night Live,' 'Tonight Show with Jay Leno,' 'MadTV,' 'Comedy Central's Daily Show' and 'Talk Soup' on E!
Posted by MileHighGayGuy 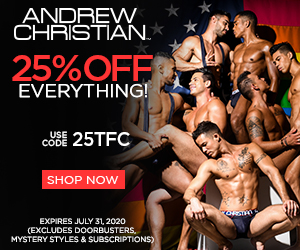