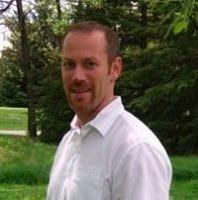 It takes two to tango, two to make a thing go right, and two to get one in trouble. If this week’s new music is any indication, it also takes two to make beautiful music and (possibly) revive a musical career. Here are two duets that arrived on Monday and should have your immediate attention.

Toni Braxton and Babyface “Hurt You”
Back in February, fans of Toni Braxton were rocked by the news that she was retiring from music because she just wasn’t feeling inspired by it anymore. Whether this was a genuine sentiment or just a publicity stunt for a career that many already assumed was dormant is for others to determine, but Toni has consistently put out great music for 20 years and her not recording new music would have been a shame. Enter Babyface, as documented on the We TV reality show Braxton Family Values, who talked Toni down from her career crisis and turned said publicity into a duets project called Love, Marriage and Divorce that is due from Motown Records on December 3rd. The pair first recorded together in 1992 on “Give U My Heart” from the movie Boomerang, and their chemistry remains strong on “Hurt You.” This is R&B for grown adults who have been through both good and bad relationships and can relate to the fact that there are no easy answers to questions of the heart. Babyface and Braxton’s voices still gel well and the production is solid, but don’t expect a pop chart resurgence from this understated midtempo track.


Janelle Monáe has been slowly unveiling music from her upcoming third album The Electric Lady, and as with previous releases, it’s an eclectic mix of traditional and modern R&B that makes it hard to peg her musical style. That’s a good thing: Monáe can be called a lot of things, but boring is not one of them. Monáe’s third single from The Electric Lady “PrimeTime” finds her in a more mellow, romantic mood as she trades verses with man-of-the-moment Miguel. “It’s a prime time for our love/And Heaven is bettin’ on us” sums up just how committed these two people are to each other and the relationship they share, and it is reminiscent of Prince in his heyday when he could inject both soul and rock elements into a heartfelt ballad. The Electric Lady is available on September 10th, but you can pre-order it now and get some great perks, including advance access to tickets for Monáe’s imminent tour this fall (more on that coming soon).