Up and Coming: New Music from VV Brown, Foxes and Aiden Grimshaw 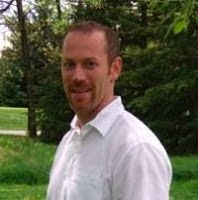 Monday the Internet exploded. Okay…maybe it didn’t explode, but it sure got heated with the dueling debuts of Katy Perry’s “Roar” and Lady Gaga’s “Applause.”

For those folks who don’t pay attention to new releases it wasn’t a big deal, but for those of us who get to hear a lot of new music, we can’t help but feel for up-and-coming artists who get lost in the shuffle of a high-profile release.

Here are three new releases that you need to make room for on your playlist.

The word of the day in pop music is “retro,” and VV Brown has a strong Grace Jones vibe going on with her new video “The Apple.” It is a big change sonically from her poppy “Shark in the Water” that made a few waves here in the US back in 2010, but you won’t hear me complain. The offical single preceding her new album is called “Samson,” but “The Apple” has a bit more mainstream appeal to my ear. Samson and Delilah appears to be a much more downbeat and introspective album than her debut, in part because Brown set up her own label to release the type of music she wanted to release. A UK release of Samson is scheduled for September, but the rest of the world will have to wait until October 6th to hear the full album.


Whether you know it or not, Foxes (nee Louisa Rose Allen) has already been all over your radio this summer as the vocalist for Zedd’s massive hit “Clarity.” As is often the case, she is not what you would call “new,” having kicked around the UK music scene for a few years now and already dropped an EP entitled Warrior last year. Fortunately, the music on Warrior meshes nicely with where the US music scene is at, prompting RCA to sign her domestically. To keep the momentum going, RCA is releasing “Young” as an EP on October 8th, but the single will be available on its own August 20th. Foxes uses a bit more of her lower range vocals on “Young” compared to “Clarity,” but her style is distinct which should give her a good shot at a solo hit. 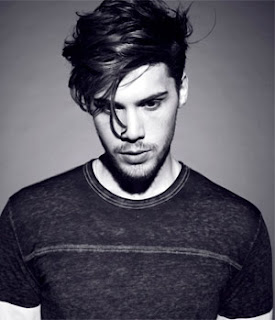 The pop charts in the US are crawling with contestants from the UK version of The X Factor these days: Little Mix, Olly Murs, Cher Lloyd and One Direction all got their start on a talent show that hasn’t been able to replicate a superstar act here in the US, although Emblem3 and Fifth Harmony are both giving it a go at Top 40 radio at the moment.

One of the more interesting contestants of the past few years on the UK show was Aiden Grimshaw, whose 7th place ouster was considered one of those “shock eliminations” you hear about in reality TV. His first album Misty Eye came out last year and made a few waves on the British charts, but it never saw a release here in America. While pinning down Grimshaw’s musical style is tough to pin down (think a moodier Bright Light Bright Light), his brooding, soulful vocals add a solid contrast to the more mechanical synths and drum machine on “The Way We Are.” Download the free track and decide for yourself!