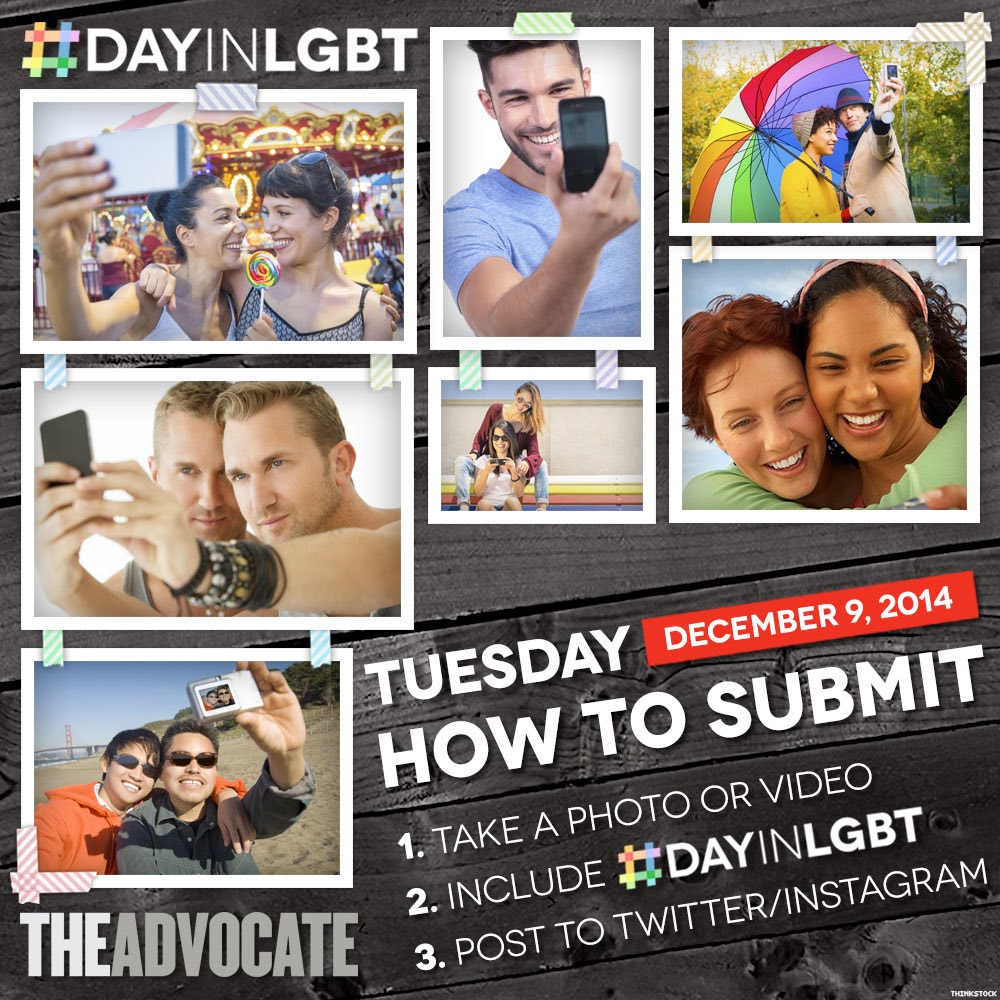 The Advocate once again wants to capture the numerous layers that make up the lives of LGBT Americans. The brand is accepting photo submissions for the annual “Day in LGBT America,” celebrating the diverse fabric of the LGBT community. On Tuesday, December 9, 2014, take a snapshot with your family or friends or on your own, at work or at play, having adventures or experiencing a quiet moment of solace—anything from the mundane to the insane, from the glamorous to the gritty. Post the photo to Twitter or Instagram with #DayInLGBT, and the best photographs taken on that single day, as determined by the editors of The Advocate, will be featured in a photo essay called “Day in LGBT America” on Advocate.com.

"When people get to know us, it's obvious there's nothing credible in all the terrible things said about LGBT people. Coming out was the first step, but being out in our everyday lives shows what we have in common with other Americans. That's why we hope thousands of people take part and show there is no single type of LGBT person, and that there are thousands of ways to relate to being LGBT," said Lucas Grindley, editorial director for Here Media.

To participate in “Day in LGBT America,” you don’t need to be a professional photographer! Just mark your calendar, and on December 9, take a self-portrait, or have a friend photograph you or your family or friends doing anything that says something about who you are as a lesbian, gay, bisexual, or transgender person in the United States. Then simply post the image to Twitter or Instagram using the tag #DayinLGBT on that same day.
Posted by MileHighGayGuy