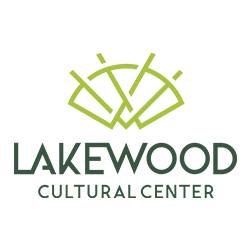 The Lakewood Cultural Center (LCC) is thrilled to announce the LCC Presents 2022-2023 season, bringing a dynamic mix of music and theater to Lakewood beginning in September. LCC is known for presenting vibrant, world-class performances in an intimate venue where the farthest seat is just 12 rows from the stage.

“The Lakewood Cultural Center is all about people — what we create and what we experience together,” said LCC administrator Rita Sommers. “We invite audiences to come experience something new.” 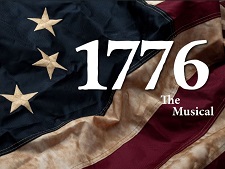 The Lakewood Cultural Center and Performance Now Theatre Company present America’s Tony Award-winning musical “1776,” March 18-April 3. Witness the birth of a nation as our forefathers struggle to craft the Declaration of Independence. The seminal event in American history blazes to vivid life in this most beautiful and unconventional Broadway hit.

It is a long hot summer in Philadelphia, and the Continental Congress is an exhausted, annoyed, quarrelsome collection of men at each other’s throats over the burning question of independence from Great Britain.

John Adams, the passionate crusader for rebellion, races against time: If the congress does not agree to throw off the yoke of tyranny, General George Washington’s painfully outnumbered army will have no ideal for which to fight. But Adams is obnoxious and disliked — no one will listen to his arguments. Can he persuade wordsmith Thomas Jefferson to write a declaration? And when it comes down to a final decision, the course of history hangs on whether sycophantic James Wilson can remain as anonymous as possible with his vote. Under these conditions, how will America ever achieve independence?

Performances are Fridays and Saturdays at 7:30 p.m. and Saturdays and Sundays at 2 p.m. Tickets start at $20 and are available at 303-987-7845, Lakewood.org/LCCPresents or the Lakewood Cultural Center Box Office, 470 S. Allison Parkway.

The Jazz Group of the Year nominee makes its Lakewood debut in support of its recent Billboard Jazz Top 10 CD/DVD combo-pack release, “Songs from the Swinghouse.”

“A robust mix of originals and covers that incorporates grooves from across the musical spectrum” (JAZZIZ), this is a memorable evening of original jazz and more not to be missed!

Tickets start at $22 and are available at 303-987-7845, Lakewood.org/LCCPresents or the Lakewood Cultural Center Box Office, 470 S. Allison Parkway (Wadsworth and West Alameda Avenue). 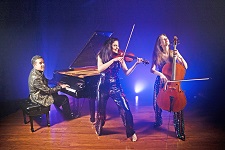 TAKE3 performs original arrangements of top pop hits, Americana, classics, and everything in between, at the Lakewood Cultural Center at 7:30 p.m. on March 4. With a flair for the wild and unexpected, the genre-defying trio brings the refinement of a rigorous classical music background and infuses it with rock-star charisma.

Led by Yanni's star violin soloist, Lindsay Deutsch, this crossover band features Mikala Schmitz on cello and Jason Stoll on piano. No strangers to the stage as individuals, they have made an impact on the music scene touring nationwide, recording tracks for film and television (including as featured soloists on the Netflix hit “The Witcher”) and as soloists in front of symphony orchestras. Trained at the world’s top conservatories, these artists took their chops from Beethoven to Bieber and have become known for eclectic programming – from classic rock like Billy Joel and the Beatles, and popular TV and movie hits such as “Game of Thrones” and “Pirates of the Caribbean,” to chart topping hits by Willie Nelson and Coldplay.

Tickets start at $22 and are available at 303-987-7845, Lakewood.org/LCCPresents or the Lakewood Cultural Center Box Office.
Posted by MileHighGayGuy