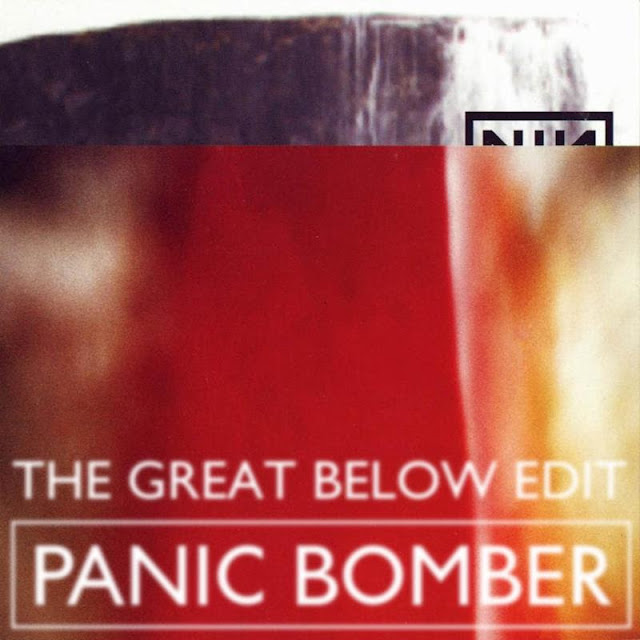 Brooklyn based producer and DJ Panic Bomber's latest release, a remix of Nine Inch Nails' iconic ballad, "The Great Below," once again demonstrates what a force he really is when given full creative range.

Fluid as water and hazy as smoke, Panic Bomber's remix of "The Great Below" is a hypnotic masterpiece that lures in listeners and strings them along with an almost trance-inducing quality. Dive into this one and get ready to be strung a long a sexy, shifting ride. Get it for free here.
Posted by MileHighGayGuy

FREE XMAS DOWNLOAD: Dirty Sidewalks - It's Xmas …and Everyone is Miserable! 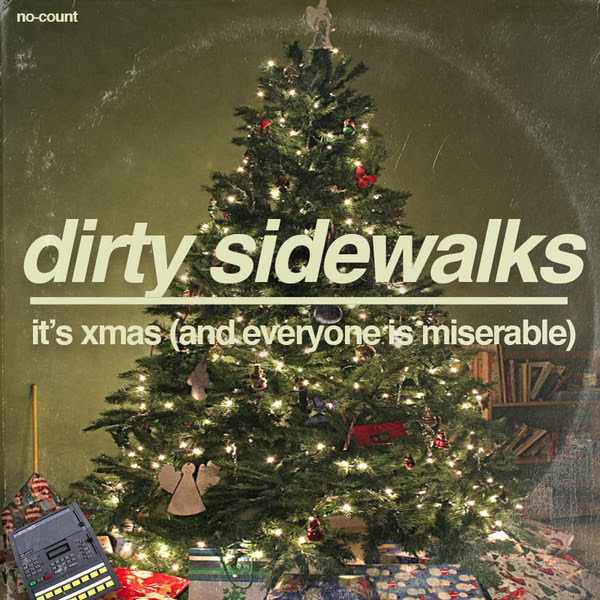 Combining the mirth of Christmas jingle bells, twangy guitar licks, a thumpin’ drum machine, punchy production and dead cool vocals, Dirty Sidewalks have crafted a as fine a shoegaze holiday ‘classic’ as you have ever heard! Fans of ‘80’s college rock, ‘90’s Britpop and ‘60’s harmonies with a (not so) cheery Christmas message take note, the Dirty Sidewalks are a force to be reckoned with.  “It’s Xmas (and Everyone is Miserable)” is here, downloadable and available for streaming via SoundCloud.
Posted by MileHighGayGuy

Free Music: XO For The Holidays 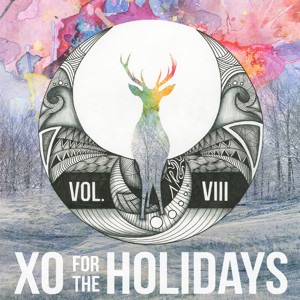 But wait, that's not all! You can also get the other seven for free download as well.

Of “Freedom” Franco says “I wrote the song as a social commentary on the way horrific wars and laws are sold to people with sugar coated names like "operation enduring freedom" and "the patriot act".”

The song was penned when Franco was on a family holiday in Spain. He discovered the acoustics in the bathroom of his hotel room were so good; he used to sit on the sink everyday and write songs on his ukulele.

As an introduction to Franco, prior to his new EP dropping in 2016, click here for a free download of “Freedom.”
Posted by MileHighGayGuy 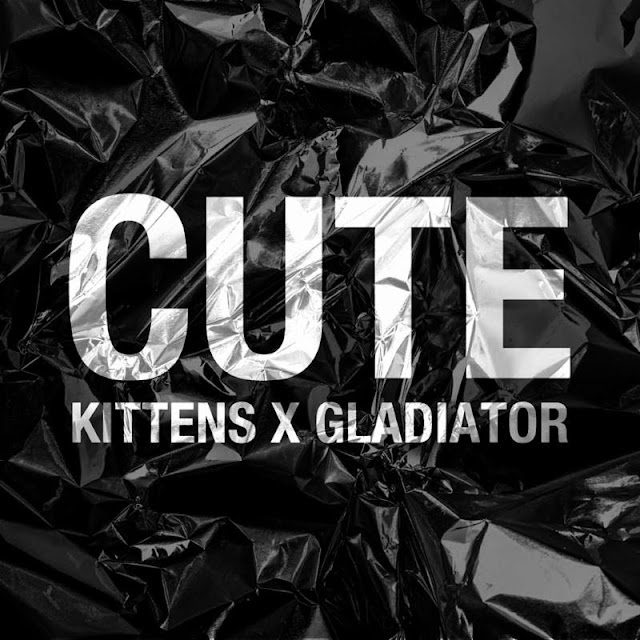 Gladiator are festival champs and production pros, bending genres and going big with remixes for Skrillex, Major Lazer and other dance titans. Kittens has nightlife on smash coast-to-coast as the first lady of Athletixx and an in-demand party starter in her own right. Now these FG favorites, LA neighbors and like-minded 90s babies link for the after midnight jam "Cute," available now for free download at soundcloud.com/foolsgoldrecs.
Posted by MileHighGayGuy 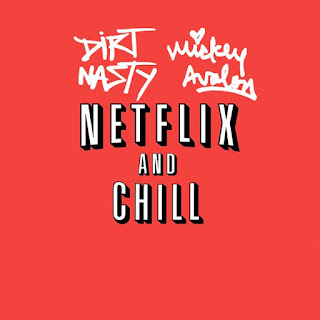 Dirt Nasty and Mickey Avalon had a falling out a few years back but decided to kiss and make up and provide fans with a free download of their new song, 'Netflix and Chill'. Enjoy.
Posted by MileHighGayGuy 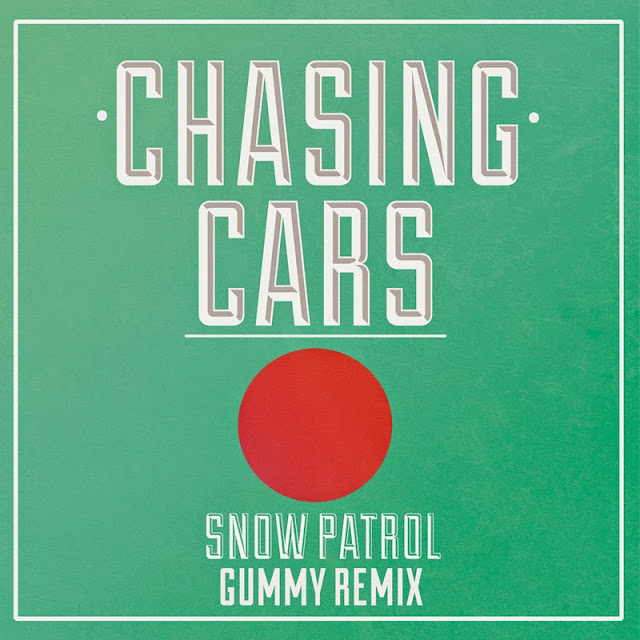 Following his well-received remix of Cazzette’s “Sleepless,” Gummy is back with another melodic & heavy remix. This emotional luvstep take on “Chasing Cars” by Snow Patrol is sure to hit you in the feels while still packing a bass-heavy punch that you have come to know from Gummy. The massive chords compliment the re-worked vocals perfectly in Gummy’s take on this classic pop song that’s sure to be on repeat for months to come. Click here for a free dowload!
Posted by MileHighGayGuy 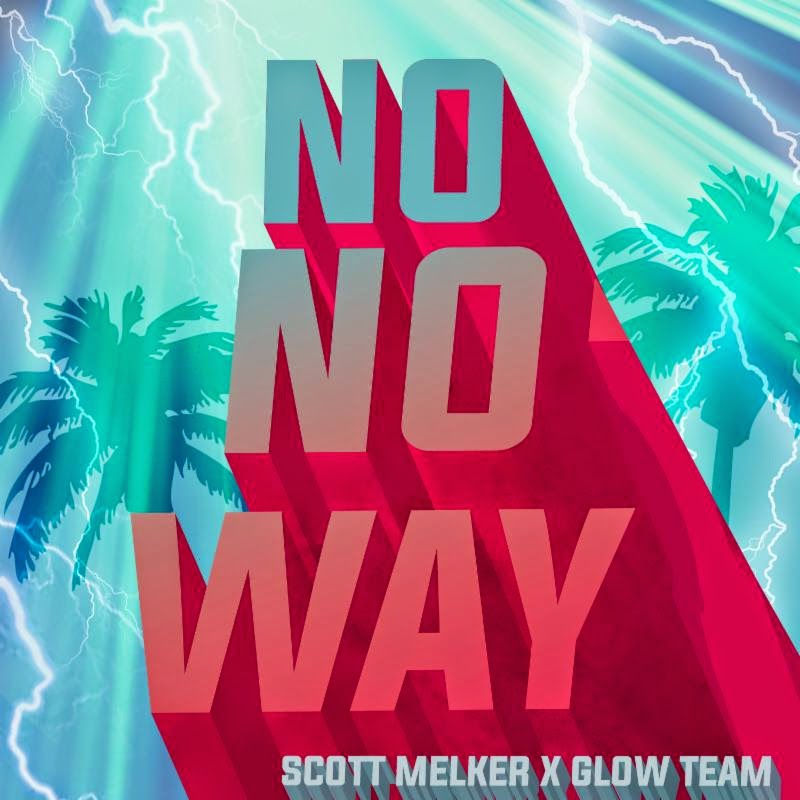 New York native Scott Melker doubled down with Miami based production outfit Glow Team to produce a banging heavy-hitter that's perfect for late night cruising and pre-party turning-up. Titled "No No Way," the tune rides an undulating wave that coasts along on mellow, atmospheric runs before plunging into fierce, hard-hitting bass sequences. Click here for a free download.

"No No Way is a track that I started almost two years ago. I chopped up the vocal sample, trapped it out, and put it on my to-do list to finish," said Melker. "When I met the young geniuses from Glow Team, I sent the track over and let them run with it."

"When Melker showed us the track, we instantly knew we had to bounce on the beat. It just clicked," added Glow Team.

After several weeks of going back and forth, both artists realized they were sitting on something special. Fans of Glow Team will hear their stamp on the track in its high-octane build-ups and frenetic sound effects, whereas Melker's touch is apparent in the tune's bouncing, trap-inspired rhythm and spliced vocals. Despite the ferocity of its beat and the raw intensity of its bass drops, "No No Way" is painted in a haunting and almost melancholy light by a simple three-note melody framed by evocative arpeggios.
Posted by MileHighGayGuy 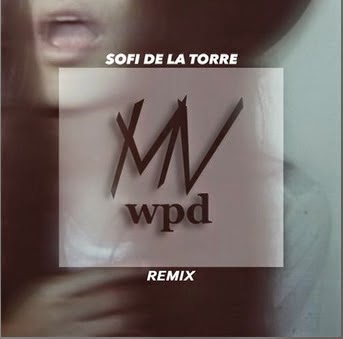 Check out a free download of Sofi De La Torre's 'What People Do' remixed by Micky Valen.

Says Valen, "This one is in the style of Future Bass with elements of Hip Hop and electro. Sofi de la Torre has been featured on Grimes Blog, as well as Billboard and on The Guardian's Playlist alongside Charlie XCX. She was nice enough to let me put my own spin on it!"
Posted by MileHighGayGuy 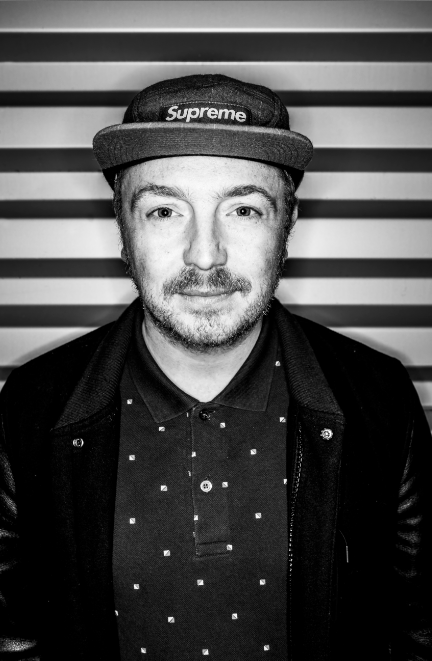 Kick the week off right with a free download of 'House Games (Aaron Carl vs Shlomi Aber Mashup)' from Oliver Dollar!
Posted by MileHighGayGuy Looking to start you weekend with some energy? Born of the bass-driven L.A. beat scene, elusive producer/DJ Whiiite lends some dark magic to Drake’s meanest, knuckliest single off his 2015 mixtape “If You’re Reading This It’s Too Late. (NSFW)” With his latest flip, Whiiite turns Drake’s angry ode to Wi-Fi codes, Ubers and one-night stands into a powerhouse electronic ballad with grinding synths, a gratifying hook, and a sweat-drenched festival ready vibe.
Whiiite says that he "Heard the original of this while on a run in Santa Monica, and starting hearing sounds and builds to flip it into a more club friendly meaner version."
Earmilk, who premiered the track today, delivered praise for the single: “Definitely catering to the pending festival season with this one, we'd be super surprised if the festivals weren't playing this constantly. It's addicting, catchy, and includes Drake, so obviously everyone is going to love everything about this remix.”
Posted by MileHighGayGuy 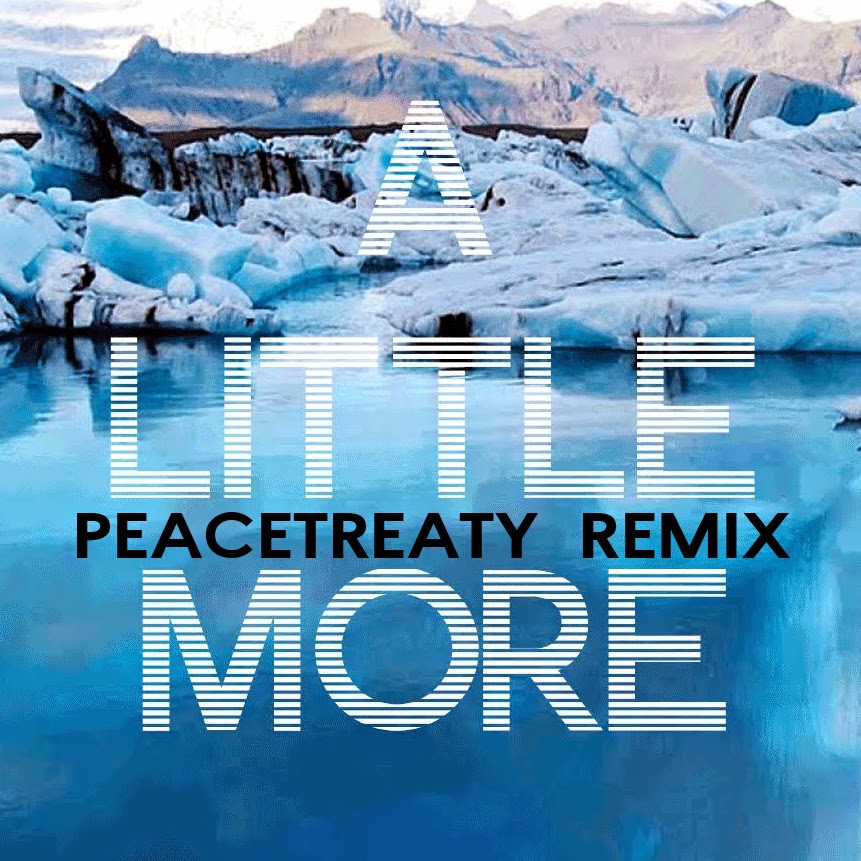 Click here for your very own free download of 'A Little More (PeaceTreaty Remix)' by Kaskade and John Dahlbäck featuring Sansa. It's a blissed out, Kaskade-approved spin on the original with PeaceTreaty’s signature heavy edge.
Posted by MileHighGayGuy

Gary Calamar is offering up a free download of a new Christmas song and video "The Anti-Social, Young American, Christmas Lovers Brigade”.

"I set out to write a Christmas song but wanted to give it some edge. So I came up with this sub-culture of Punky, Gothy kids who hate everything….except Christmas. I was inspired by The Kinks 'Village Green Preservation Society', T-Rex’s 'Children Of The Revolution' and David Bowie’s 'Young Americans'. It’s dedicated to the infamous Kim Fowley and the Spirit of Rock and Roll ! I hope it will be my 'White Christmas'", Calamar said with a smile.
Posted by MileHighGayGuy 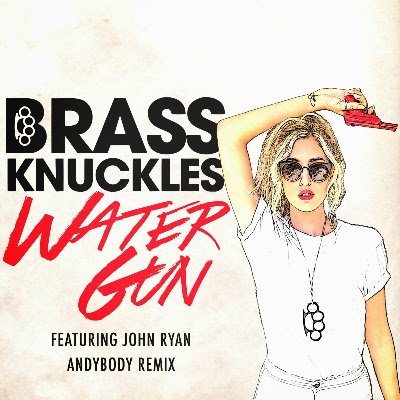 Brass Knuckles are happy to present the immensely talented and mysterious Andybody with his Big Room Electro take on their infectious tune 'Water Gun', featuring vocalist John Ryan, as a free download.
Posted by MileHighGayGuy 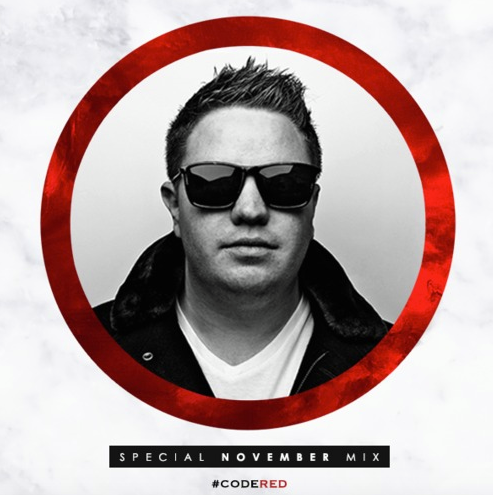 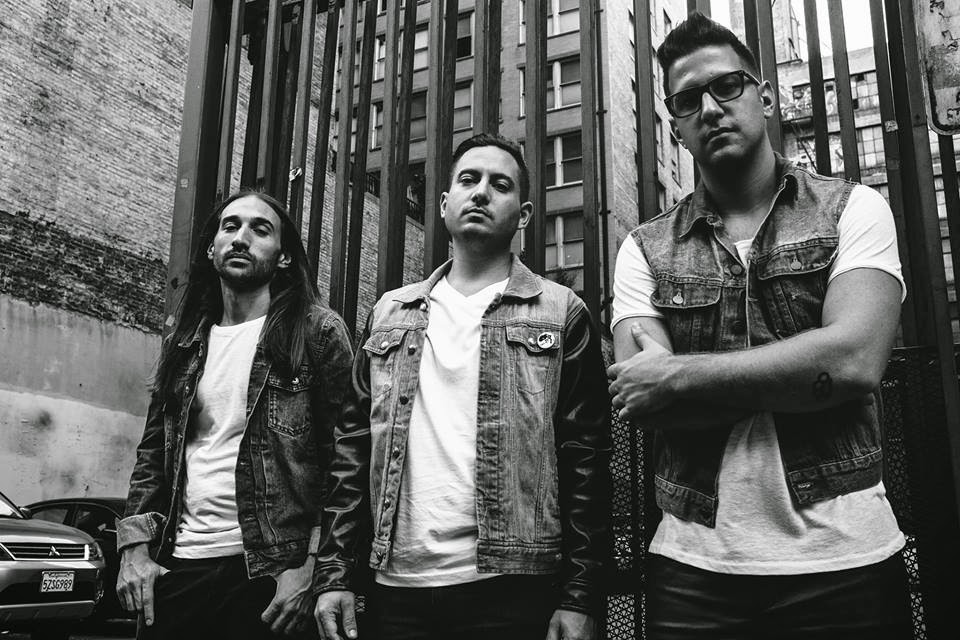 Ahead of their homecoming show at Mansion Nightclub in Miami tomorrow night, Brass Knuckles cooked up this special bootleg for their set, and have decided to give it out to their fans as a thank you for all of their continued support.  Blending the big room stylings of Henry Fong and J-Trick's "Scream" with the rock/rap fire of the Beastie Boys' classic "Fight For Your Right," this bootleg perfectly exemplifies Brass Knuckles' fusion of hard electro dance beats and rock 'n' roll ferocity.

NYC-based pop singer/songwriter Clair Reilly-Roe has premiered her new music video for "Knocked Down" off her current EP #CuddleBear set to release June 3. If you like it, you can download it for free by clicking here.
Posted by MileHighGayGuy 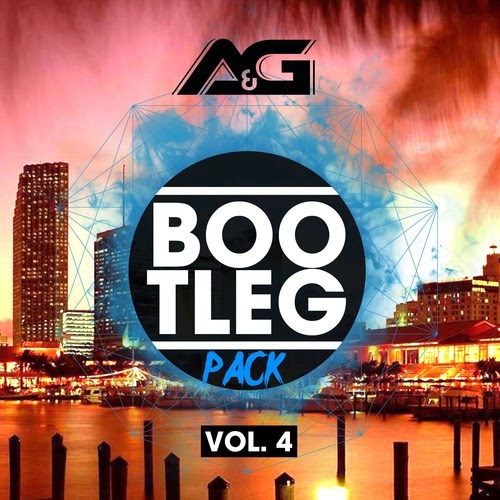 Just in time for Miami Music Week and Ultra Music Festival, A&G has released their Bootleg Pack Vol. 4 as a free download (alls you have to do is Like their Facebook page!).

This pack has 20 new edits of some of the biggest tracks out at the moment and is hot, hot, hot!
Posted by MileHighGayGuy

Free Music Download: Calling All Astronauts - It could have been lust


Following an amazing 2013, that saw the release of their critically acclaimed and award winning debut album, “Post Modern Conspiracy”, London based electro punks Calling All Astronauts have listened to their fans, who voted on which should be the final single from “PMC” and are kicking 2014 off with the release of their sixth single “It could have been lust” as a free download.

CAA have built up quite a reputation for their uncompromising videos, the latest is no exception, addressing the very topical issue of same sex and transgender marriage head on with a series of none genre specific provocative images designed to challenge to viewers thoughts regarding love and lust.
Posted by MileHighGayGuy 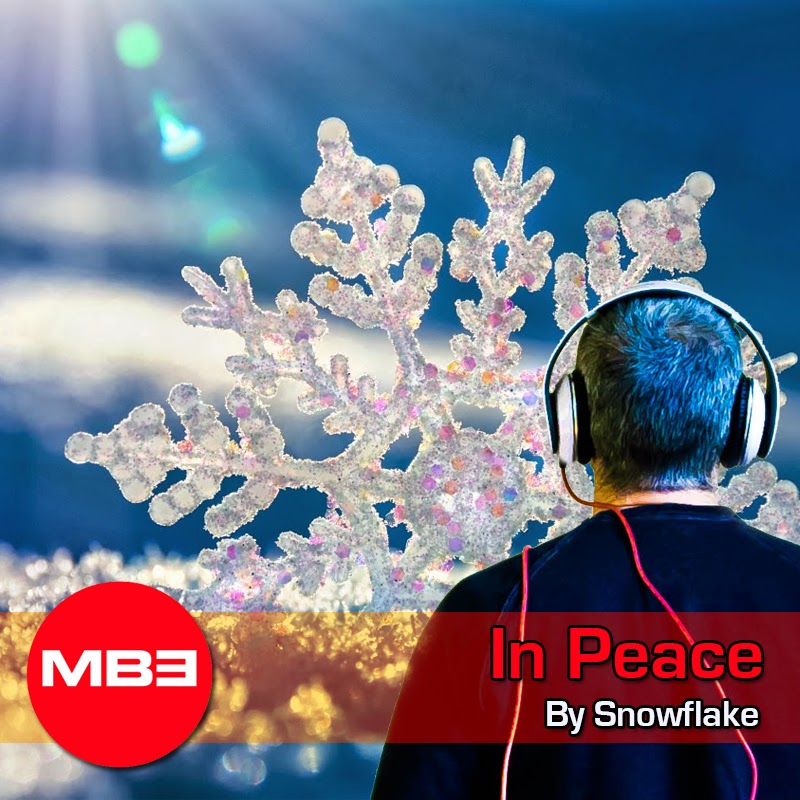 Today's free music download is courtesy of DJ MikeB3000. It's his remix of 'In Peace' by Snowflake and it's a good 'un! Click here to grab it and a couple others.