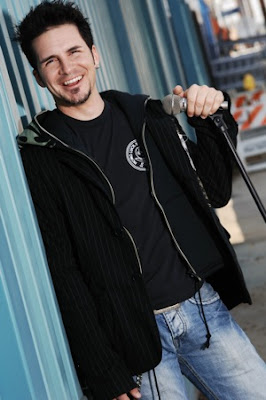 Since being named the 'Funniest Teenager in Chicago' by the Chicago Sun Times in 1987, Hal Sparks has gone on to host 'Talk Soup' on E! Entertainment Television and star as lovable Michael Novotny on the ground-breaking television show 'Queer as Folk'.

He's appeared in several feature films and his band, Zero 1, recently released their debut album. He's currently touring the country with his stand-up comedy and tonight and tomorrow night he will be appearing at Denver's Comedy Works.

I caught up with Hal yesterday and we talked about politics, being magnificent in the sack, and why there will never be a 'Queer as Folk' movie.

Full interview after the jump.

Drew: For people who only know you through your acting, how would you describe your stand-up comedy?
Hal: I’ve been trying to decide whether it’s more brilliant than funny or more funny than brilliant but I think it’s a neat balance of both personally.

You walk the razor’s edge.
If you flipped the coin of brilliant and funny on my act, the coin would land perfectly on it’s side – and stay totally still.

I saw that in a 'Twilight Zone' episode once.
I think it’s a comedian’s job to kind of take it to the root level and take any kind of concept, idea or institution that people hold dear and basically chew at its root like a beaver to see if it falls over.

What does chewing at the root of comedy taste like?
Usually it tastes like chocolate because most of our society is built on the idea of being an adult but still eating sweets. Everything is built on chocolate.

So tasty.
I address what I think are the real important truths. For instance, Starbucks does not sell coffee - they sell milkshakes. People need to come to terms with the fact that every morning before work they get up and they have a milkshake. If it’s 80 percent sugar, ice-cream and whip cream and you breathe coffee over the top of it, that does not make it coffee. Coffee is that shitty brown liquid your dad drank and you said ‘ew’ and wrinkled your nose at.

Speaking of wrinkling your nose, with everything else you've done in your career are you sick of being identified as Michael from 'Queer as Folk'?
I’ll never get tired of people liking Michael and I’m proud of that association, honestly.

Now that it's been over for a few years, what do you think the significance of QAF was on the cultural landscape?
I think it was very influential. Not to toot our own horn but it definitely was. In California, gay marriage is legal right now and that’s a huge step forward and I think the show had a lot to do with it. You have to understand who was watching it a lot of teenagers and college kids and what happened was that those kids are voting now and at a very young age they were shown that the way gay people had been treated was unfair and they were able to come at it from a completely different point of view.

I think what happened is, and I’ve always said this, the benefits of QAF would only be genuinely appreciated and felt four years after the show ended and it’s been about two and a half years and you can really see it starting to happen. The religious right and the other psychopaths on that side have been trying to stop the march toward gay rights and the truth is, it’s like trying to push toothpaste back in a tube. It’s not gonna happen.

Really? Why not?
Because a couple of the cast members I know for sure wouldn’t do it and I’m certain that the executive producers Ron and Dan wouldn’t want to work with them either.

Gimme the dirt! What happened?
My feeling always was, an an actor - and especially as one of the straight actors on the show, that, to a degree, it was my job to do my lines the way they were written and mind my fucking business because our executive producers and many of our writers were gay and were creating these scripts and lines to tell their stories. What, I’m gonna come in and say, 'well I don’t think my character would do that'?. It’s like, seriously? Fuck off. Let's just say there was a little bit of, um, pushback with some of the other actors on the show.

The gay ones or the straight ones?
Um, one of each, actually. There ended up being a lot of negativity in kind of just trying to get loving storylines done and it was a tall order.

That sucks.
Yeah. I’m still in contact with many of the people from the show like Bobby Gant, who played my character’s boyfriend, and Harris, who played my son. Both of those guys put a lot of themselves into that show and worked really friggin’ hard and I have a really low tolerance, personally, for anybody who would interrupt that process of peple trying to do good work just because of ego and bullshit.

So those two people, and I’m sure the people out there in Queer as Folkland have some idea who I’m talking about, I wouldn’t work with them again in any capacity.

Can we kill them off?
It’d be a little hard although I’m for it. That’s a joke. Relax. But there is a chance and I always push Ron and Dan in this direction and I think it would be very healthy to do something like 'QAF: Miami' or 'QAF: Chicago' where they took a different group of people and brought the show back that way. You could have Ted or one of the other characters go there and lead us through the beginnings.

That would be great.
Well, thank you. I thought so myself.

Where do we go to sign the petition to make that happen?
I would go to Showtime about it. If anybody could do it it would be them. I’d exec produce it but I have no business going anywhere near a gay show as anything other than an actor.

My best friend growing up came out of the closet when I was 19 or 20 but his parents still don’t know and it’s always been tough for him. He’s always viewed my taking the role of Michael as kind of a gift to him. In some ways I guess it was but in other ways it just made so much sense to me to do it I could see no downside other than the fearful career BS that people got so worked up about what if you never work again well then I’m an asshole and it’s my problem.

It really was never a concern for you to play gay?
No. It was more of a concern actually for the gay actors and I think it turned out to be right because I think the gay actors on the show have had a harder time working after the show than the straight ones have. That’s a fact and it’s a shameful one. I think it points to gay casting directors in Los Angeles who are unable to look past the job they did more than anything else. It’s one of my pet peeves. I’ve read in front of casting directors knowing full well they’re gay and knowing they wouldn’t let other gay actors get past them.

So what else are you working on currently?
I was under contract for six years straight with 'Talk Soup' and then QAF one right after the other so I was working full-time and not able to tour with stand-up or music or even do any film/ now the direction I’m going is to tour with stand-up because I consider that my primary art, my band is going in to the studio in November to do our second record and I’m working on a couple of features one I’m writing and two I’m developing. The big one that I’m most proud of is called 'Undercover Band' about an ‘80s metal cover band that saves the world from a psycho cult.

I’d buy a ticket.
It’s a good time. I wrote it and it’s very funny. I’m very proud of it. And there are some other things I’m securing the rights to but in the meantime it’s nice to be a stand up because I have my life and I can live and make a living while I’m doing other things and I can really enjoy what I do with my career.


I do a little feature here on the blog called 'Who Would You Do?' where I match up two different people to see who my readers find the most desirable. You're totally whupping Jimmy Fallon's ass.
Yeah? Well first of all, I’m honored. That kind of thing is always nice. I won 'Cutest Billboard' in San Francisco and that made for a good time driving through the city. I guess people have seen more of me than Jimmy so they know what they’re getting. I’m not sure there’s anything in 'Taxi' that would lead your readers to believe that Jimmy would be good in bed. Sadly, it’s true that I’m straight but I have to tell you, I am magnificent in the sack.

Nice. What else would you like to say to readers of MileHighGayGuy.com?
Friend me on myspace.com and also that I’m pushing Obama hard and I can’t begin to stress what the Supreme Court would look like after a McCain/Palin win. She actually belongs to a church that believes you can pray the gay out of people so a Barack Obama win is a moral imperative. It’s nice to have such a stark contrast in this election – if we don’t pull this off we’re boned. A McCain/Palin presidency would just be brutal. I'd hate to see all the work we've done for gay rights just get flushed down the crapper.
Posted by MileHighGayGuy 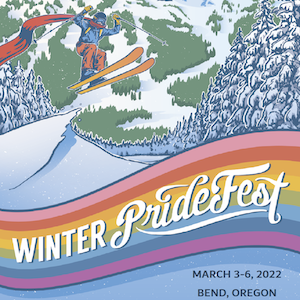 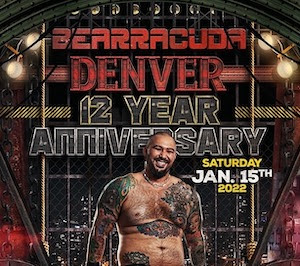 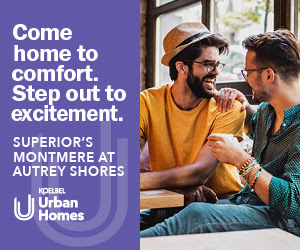