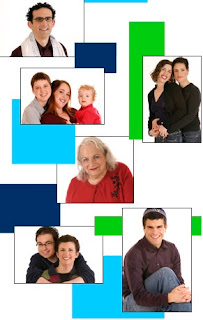 Gay Jewish leaders released new research results on lesbian, gay, bisexual and transgender (LGBT) inclusion in the Jewish world at a strategy session in New York City on February 22 and 23. The research showed deep support for the inclusion of LGBT Jews in Jewish communities.

Read more after the jump.

Clergy, experts on Jewish communities and synagogue transformation, along with Christian leaders experienced in welcoming congregations programs, converged at The Jewish Community Center in Manhattan. They discussed the results of the research and strategies to help synagogues become more welcoming to LGBT people – as well as people with disabilities, those who have converted to Judaism, people from diverse racial and ethnic backgrounds, and religiously interfaith families.

The research was based on a survey sent to over 3,000 congregations across North America with 1,221 respondents, representing nearly 1,000 unique congregations – more than 25% of all the Jewish congregations in North America. Respondents reflected all of the major Jewish movements. Response rates were particularly strong – reaching over 50% – from those synagogues affiliated with the Reform and Reconstructionist movements and with Aleph: The Alliance for Jewish Renewal. The most support for LGBT inclusion was with the Reconstructionist and Reform movements, while the Conservative movement trailed and Orthodox members were much less supportive.Â Regardless of their tradition, most of the 760 rabbis who responded (73%) already think their congregations do a good or excellent job welcoming gays and lesbians but very few use language in their mission statements or web sites to explicitly signal a welcome for LGBT Jews, and only 33% offer LGBT-related programs for congregants. Reflecting contemporary social and political concerns, events or activities connected to marriage equality were the most often-cited program with specific LGBT content.

"A sincere welcome for LGBT Jews must be demonstrated through visible action," said Gregg Drinkwater, executive director of Jewish Mosaic. "Although most rabbis who took our survey believe their congregations are inclusive and are likely sincere in their desire to reach out, we know from earlier research that without an explicit effort to welcome LGBT Jews, many LGBT people assume that such statements as "we welcome everyone" come with an invisible asterisk, with the hidden message that "we welcome everyone, except you," Drinkwater added. Rabbis in the study recognized the need for more learning and discussion about diversity. "Among the rabbis, 72% thought rabbinical seminaries should teach more about transgender Jews, 78% on gays and lesbians, 86% on racially and ethnically diverse Jews and 91% favor more on disabilities," Drinkwater said.

"While the full report will be published in the coming months, the initial findings paint a picture of synagogue leadership that is open to full inclusion. And as it turns out, inclusion is good for congregations.Â One of the findings is that 41% of rabbis whose congregations pro-actively reached out to gay and lesbian Jews reported gaining members as a result and only 2% reported losing members," said Drinkwater.

A second conference will be held in Los Angeles on March 1-2. Speakers will include more leaders from Judaism's main seminaries, experts in congregational change, leaders in LGBT inclusion from both Jewish and Christian settings and rabbis from each of the Jewish movements to discuss "best practices" and strategies for change. 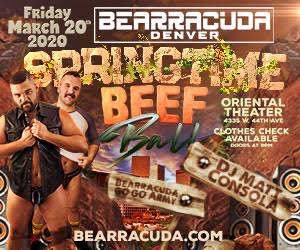