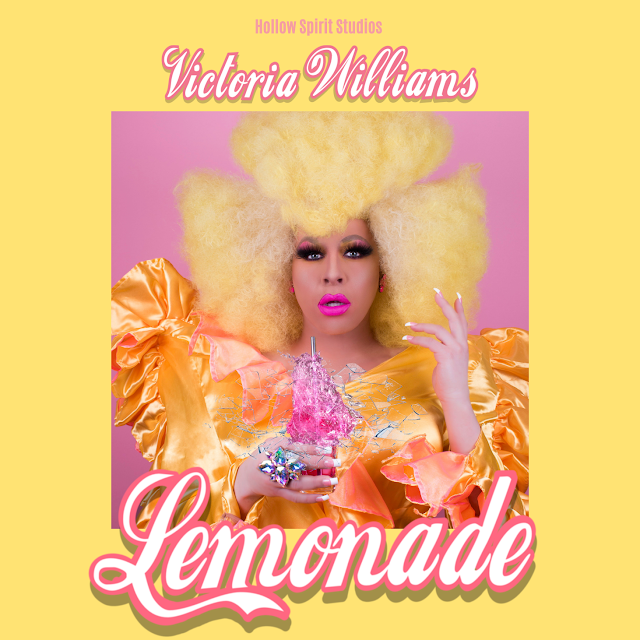 The newest release from Hollow Spirit Studios is the debut single from Victoria  Williams, “Lemonade.” The track is produced by Daniel Bailey and Dom Scott for  Hollow Spirit Studios. “Lemonade” arrives on all digital platforms on Friday,  October 1, 2021, with the official music video dropping the same day.

Describing the message of the track, Williams says, “I’m so excited for Lemonade  to be my first original single, because it embodies everything I have to tell the  world. The lyrics are fun and in your face. I’m telling you that I’m here to stay and  take the crown I so rightfully deserve!”

“A bitch gonna read, and that’s all right

I’m just out here observing, you know that I’m serving

Some tea, some shade, all lemonade…”

One of the brightest new stars in the NYC drag scene, Victoria Williams is a  dancing glam queen with a rockstar edge. Hailing from the Haus of Williams,  pageantry and royalty run through her veins. Williams is a native of Albuquerque,  New Mexico and was a final contestant on Season 15 of AMERICAN IDOL. She  was a featured face of the 2020 Pride campaign for Target and is the reigning  Miss Rockbar, setting stages on fire with weekly residencies in NYC venues.  Williams has performed as a singer and dancer worldwide. She is currently in the  studio, writing and recording material to follow-up her debut release of  “Lemonade.”