With the midterm elections fast approaching in November, the Human Rights Campaign Foundation (HRC) – the educational arm of the nation’s largest lesbian, gay, bisexual, transgender and queer (LGBTQ+) civil rights organization – is partnering with Power the Polls to help recruit potential poll workers from LGBTQ+ communities across the country to serve in the midterm election, alleviate poll worker shortages, and ensure representation at the polls. Power the Polls is a first-of-its-kind, nonpartisan initiative for recruiting the next generation of poll workers. The initiative first launched in 2020 and has recruited more than 125,000 potential poll workers since relaunching in May 2022.

Across the country, election administrators in a number of counties and states are reporting a need to recruit more poll workers before November who will help ensure a fair, free, accessible election. The partnership between HRC and Power the Polls will aim to ensure a safe and welcoming voting experience for all voters, especially those from LGBTQ+ communities, by recruiting potential poll workers from LGBTQ+ communities to expand representation of LGBTQ+ people at the polls.

“Serving as a poll worker is a great way to serve one’s community and empower others by making sure everyone feels safe and welcomed at the polls – including the LGBTQ+ population, who have incredibly high turnout rates,” said Interim President of the Human Rights Campaign Foundation Joni Madison. “The Human Rights Campaign is excited to continue our partnership with Power to the Polls and to do our part to make sure the smiling faces at your local polling place represent the full diversity of our community.”

"Our democracy relies on civic engagement to ensure a safe and fair election for all, yet every election cycle, our local election administrators report poll worker shortages that threaten to disrupt voters' access to the polls. This year, there is an increased need for poll workers who are multilingual, tech savvy, and represent the communities in which they are serving," said Jane Slusser, Program Manager at Power the Polls. "Already this year, we're thrilled to have recruited over 125,000 younger, more diverse potential poll workers who are excited to do their civic duty and work the polls this election cycle. By partnering with organizations such as the Human Rights Campaign, we have the opportunity to reach more potential poll workers in the LGBTQ+ community and increase representation at the polls."

In 2020, Power the Polls recruited over 700,000 potential poll workers ahead of the general election. The Human Rights Campaign and Power the Polls' work together in 2020 helped to address the nationwide shortage of poll workers, recruit LGBTQ+ poll workers, and ensure a safe and fair election for all, combatting discrimination and harassment toward LGBTQ+ people while exercising their constitutional right to vote. According to the National Election Pool exit poll by Edison Research, LGBTQ voters represented 7% of the 2020 electorate, while representing 4.5% of the adult population.

Poll workers play an essential role in our democracy, helping to ensure every polling place is properly staffed with poll workers, open to voters, and free from harassment or discrimination. Becoming a poll worker is one way for everyday people to give back to their communities, support their neighbors, and ensure every voter is treated as a full and equal citizen in our democracy.

To sign up to be a poll worker, please visit https://www.powerthepolls.org/hrc. 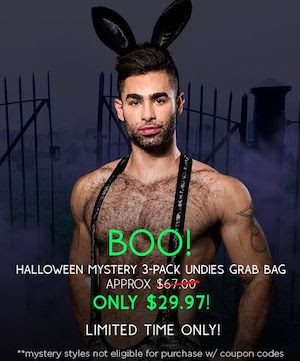