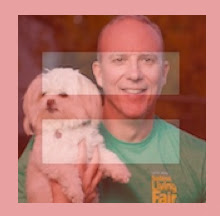 "A divided US Supreme Court made public two decisions yesterday that will change our lives. Me and Mike's lives. And the lives of tens of thousands of other gay couples who are either already married or wish to be married.

Here in Colorado, there is a state constitutional amendment that defines government endorsed marriage as between a man and a woman. Recently civil unions became legal which offers Mike and I some state benefits.

We were married back in 2005. We did what many folks do: met, dated, fell in love, asked our pastor to marry us, he said yes, and then we joined 160 friends and family and got married.

We called our marriage ceremony "a loving act of civil disobedience" mainly because that amazing ceremony was not legal in any way.

We have held off getting a civil union. With the news from yesterday we are talking about getting legally married in California, probably not in July when we go for our summer vacation but maybe later in the year. We are still trying to figure out if getting married there will mean that we can still be federally recognized in Colorado.

So we would be legally married in the eyes of the feds and would still have to get a civil union for any Colorado recognition.

Meanwhile our lives continue. We’ll have dinner tonight, pool time tomorrow, helping a friend do some moving on Sunday. The normality of our non-legal marriage fits write alongside those who are legally married.

Our lives and our marriage go on. We are incredibly and lovingly grateful for all of our friends and family who have stood beside us and our cause. Sometimes we are blown away by the support.

In the days to come, there will be a lot of hate speech against the Supreme Court decision and against gay people in general. The vile hatred of religious extremists has already begun in full force. Please join us in continuing to speak out for marriage equality and against hate."
Posted by MileHighGayGuy